The Cathedral of St James

The Cathedral of St James in Šibenik (1431-1535), on the Dalmatian coast, bears witness to the considerable exchanges in the field of monumental arts between Northern Italy, Dalmatia and Tuscany in the 15th and 16th centuries. The three architects who succeeded one another in the construction of the Cathedral - Francesco di Giacomo, Georgius Mathei Dalmaticus and Niccolò di Giovanni Fiorentino - developed a structure built entirely from stone and using unique construction techniques for the vaulting and the dome of the Cathedral. The form and the decorative elements of the Cathedral, such as a remarkable frieze decorated with 71 sculptured faces of men, women, and children, also illustrate the successful fusion of Gothic and Renaissance art. Since 2000, the Cathedral has been on the UNESCO World Heritage List. 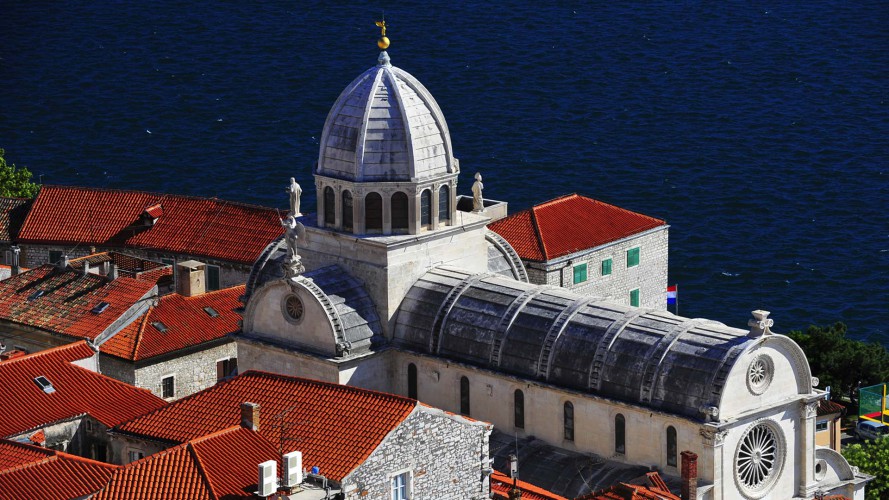 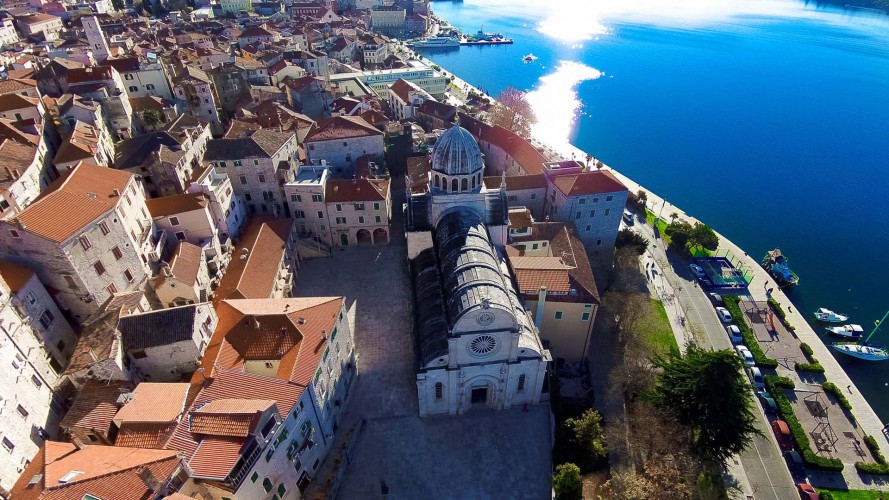 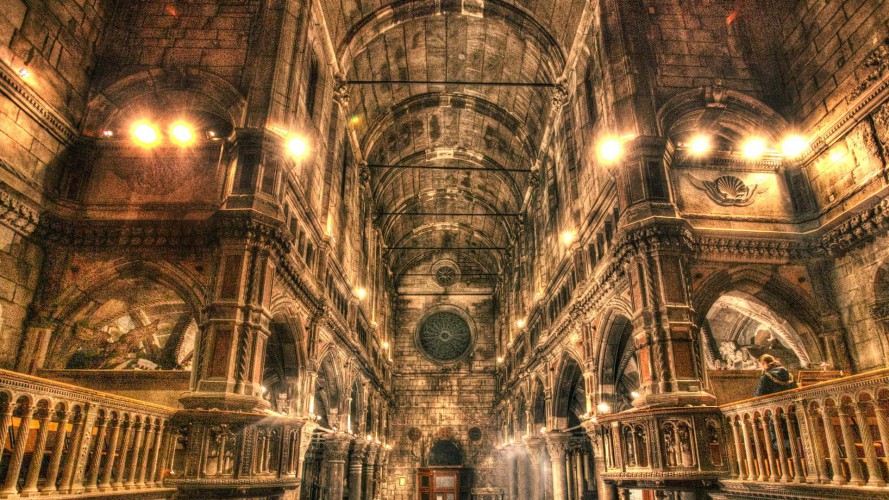 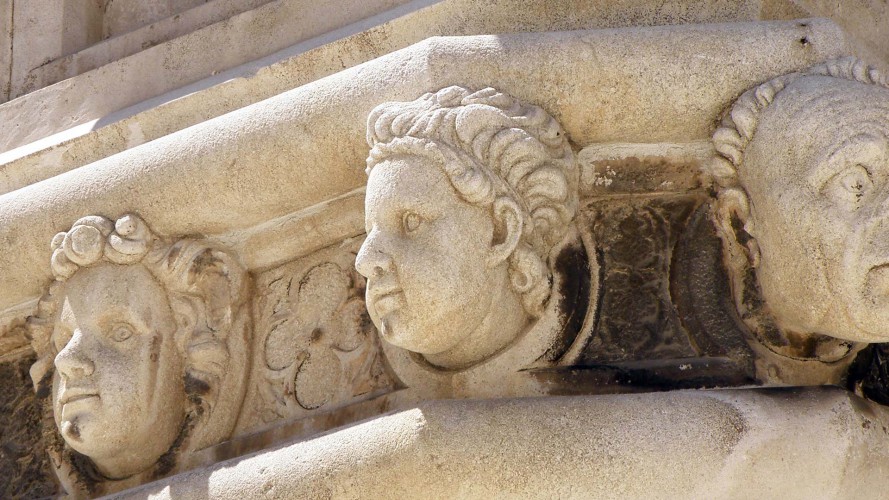 Driving by car from Vodice to this place lasts 15 minutes

Sea Organ & Greeting to the Sun

The Sea Organ has become a modern icon of the city Zadar – this is a unique architectural miracle recently built in the underwater part of the city quay. The currents of waves and their passage through musical pipes installed beneath the surface of the sea create an amazing sound, the so-called sea music, filling the large space of the seaside promenade.

The Greeting to the Sun consists of three hundred multilayer glass plates installed at the same level as the stone paving of the quay in the shape of a circle 22 meters in diameter. It is conceived as a spatial installation in the shape of an amphitheater surrounded by stone blocks with a presentation of all Solar System planets and their orbits.

According to the famous Alfred Hitchcock, this part of the Zadar quay provides a view of the most beautiful sunset in the world. 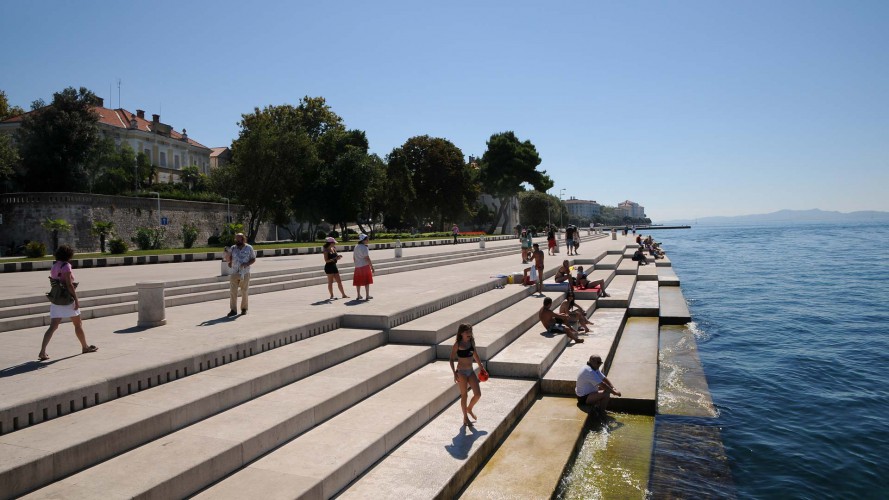 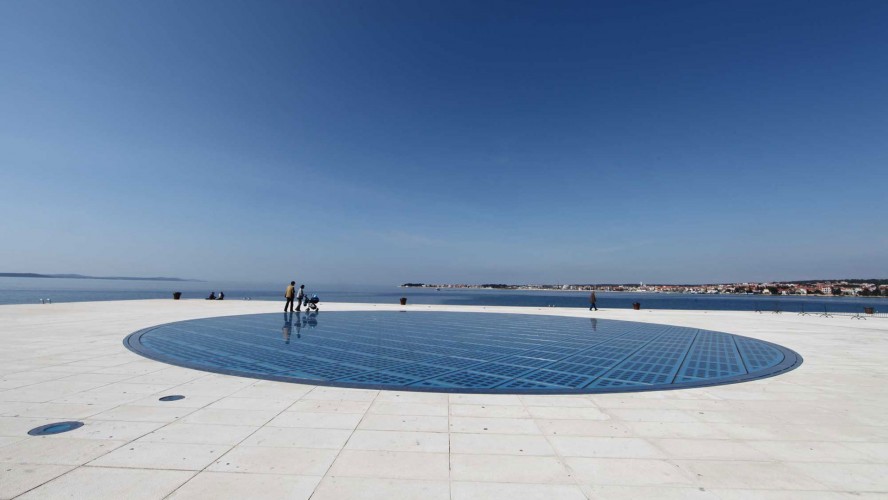 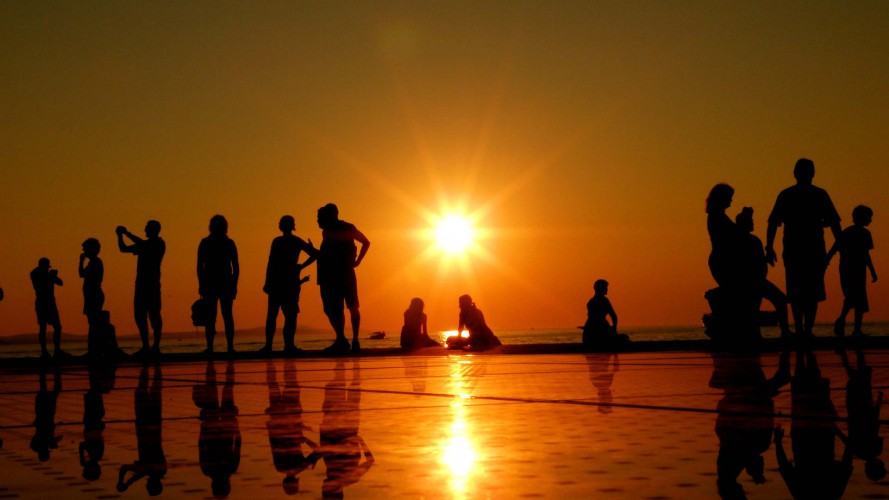 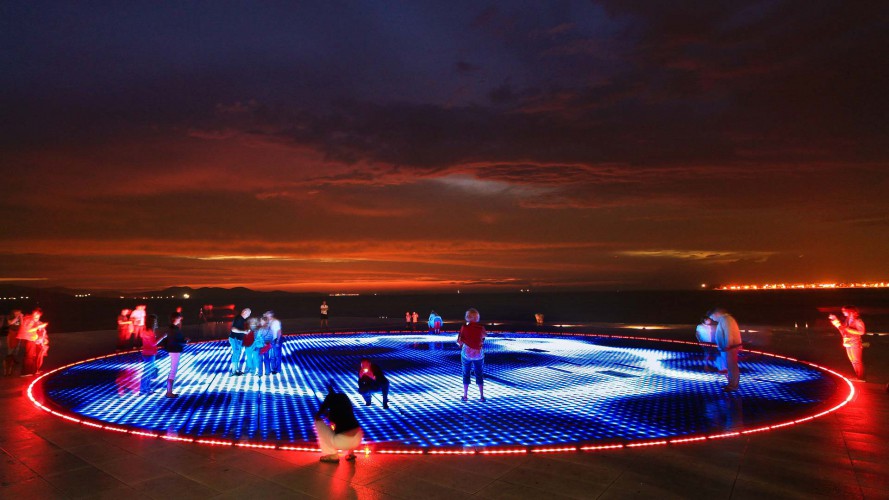 Driving by car from Vodice to this place lasts 45 minutes

The symbol of the city of Zadar and the most famous monumental edifice in Croatia from the early Middle Ages (9th c.).

Church of St.Donat is round pre-Romanesque church which was called the Church of the Holy Trinity until the 15th c., and from that time on carries the name of Saint Donat, by the bishop who had it built.

The church was mentioned for the first time in mid 10th c. in the documents of the Byzantine emperor Constantine VII Porphyrogennetos. Today its space is used, due to its extraordinary acoustic features, for musical performances ("Musical Evenings in Saint Donat"). 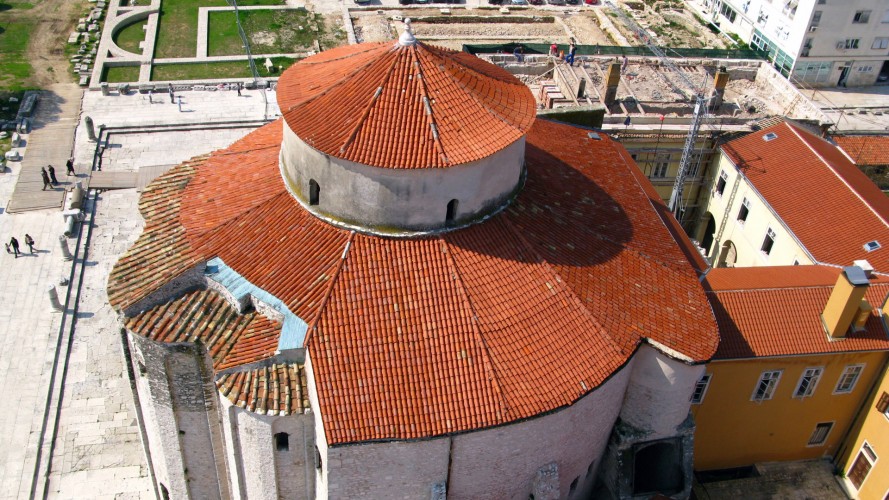 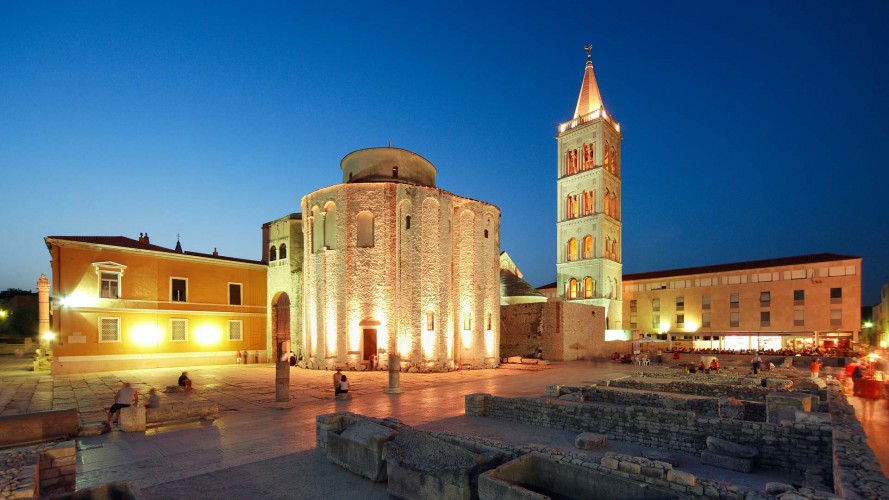 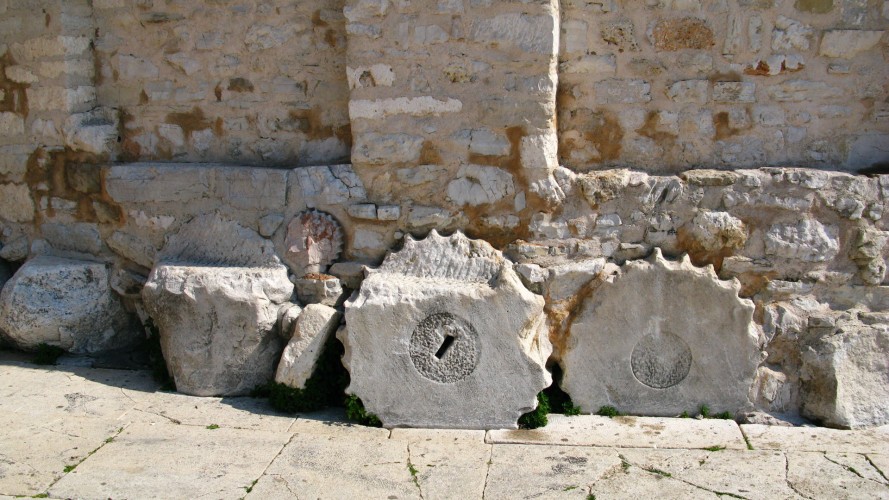 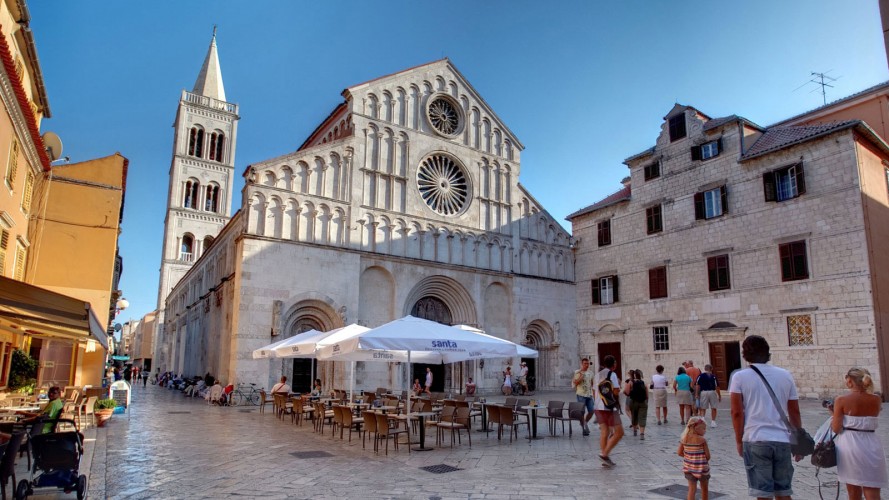 Driving by car from Vodice to this place lasts 45 minutes

The island is also known under the name "The Island of Faust" – the island of Faust Vrančić – the scientist, historian, linguist, philosopher, mathematician and physicist, who lived in the 17th century. He was born in Šibenik, but spent his childhood on this island. He died in Venice, and according to his wish, he was buried on the island in the Church of St. Mary of Grace in Prvić Luka. There are two typical Dalmatian fishermen's villages on the island: Prvić Luka and Prvić Šepurine, connected by 1-km- long road. It is important to emphasize that both settlements are protected by the Ministry of Culture of the Republic of Croatia as cultural heritage.

Prvić was inhabited in the early Middle Ages. It was intensively inhabited in the 15th century when the inhabitants from the mainland escaped to the island because of the Turkish attacks – at what time Prvić was over-populated. Nowadays there are only about 400 inhabitants living in both settlements. The island is a peaceful oasis with many picturesque bays and coves, attracting swimmers looking for the beauty of nature, isolation and peace. 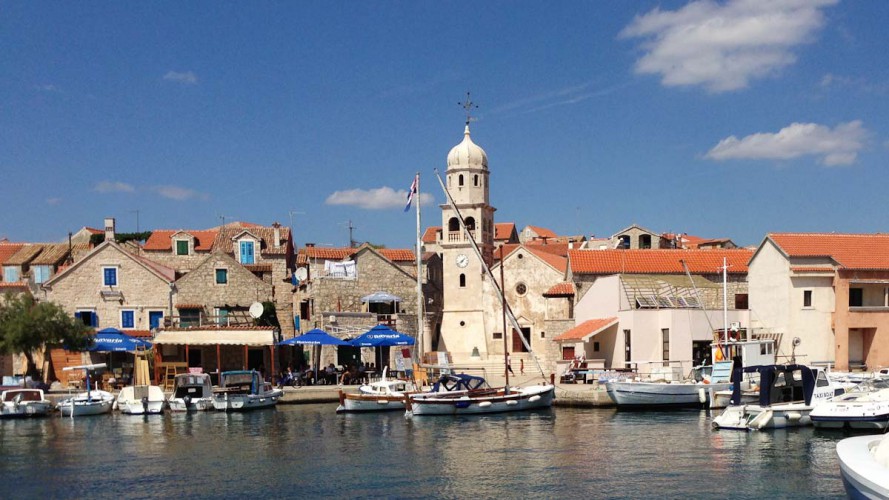 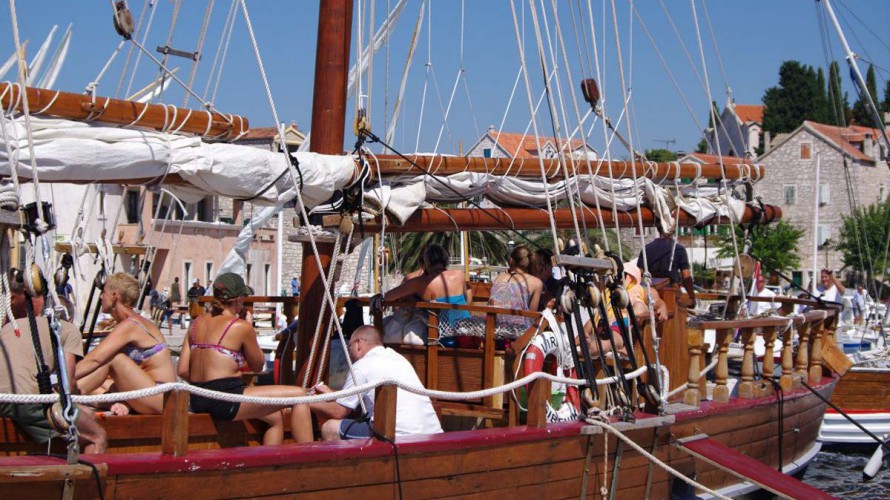 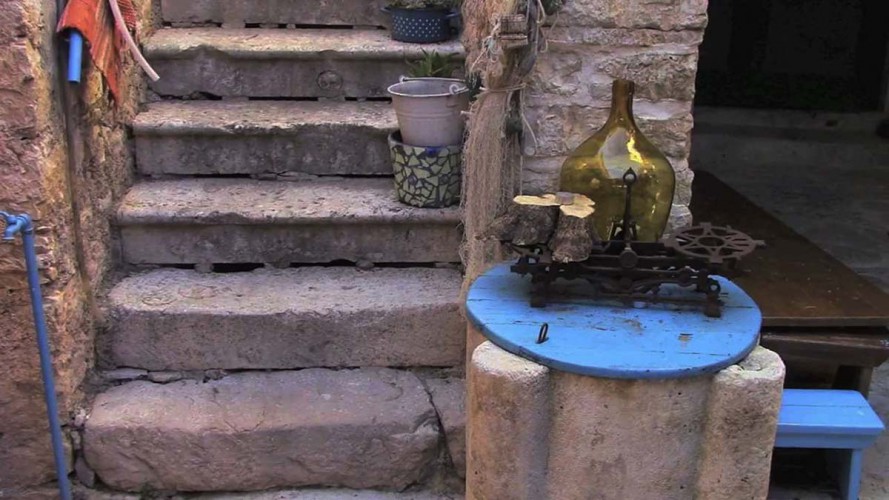 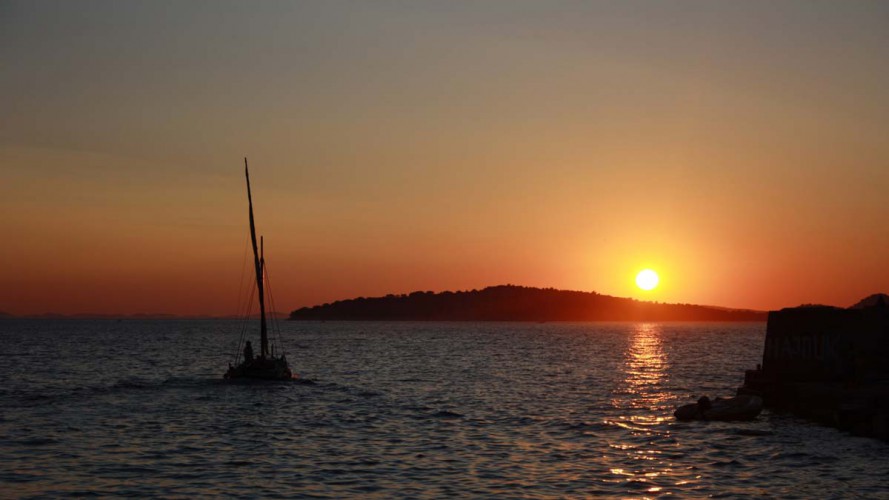 Can be visited by regular boat lines departing from Šibenik and Vodice .

The Dalmatian Ethno village in the very heart of Solaris Beach Resort is one of Solaris’ most recognized brands, where the little stone houses take you into a completely different world, nowadays almost forgotten. In a surrounding inspired by true values, seeded deep inside the Dalmatian tradition, you will not only enjoy many original delicacies but also meet ancient traditions and the way of life of our ancestors. In the Solaris Dalmatian village, forget about the rushed pace of hectic city crowds and enjoy the precious moments of ancient times passed, wits its special charms. 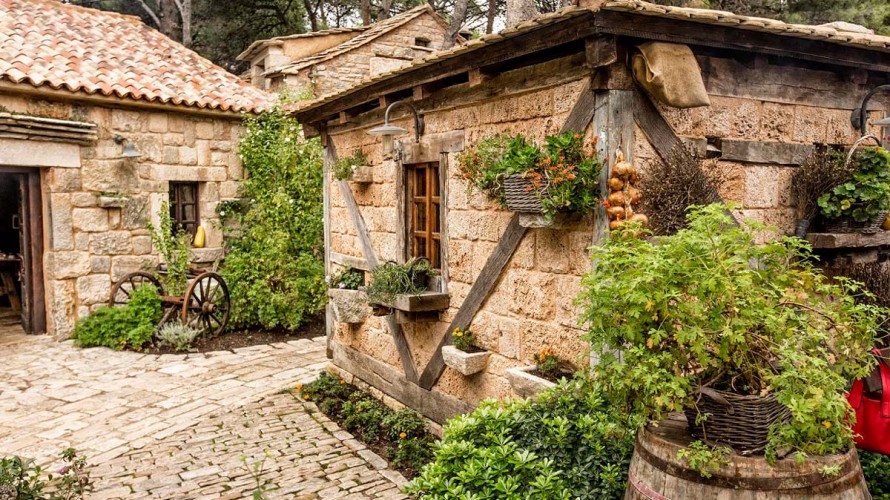 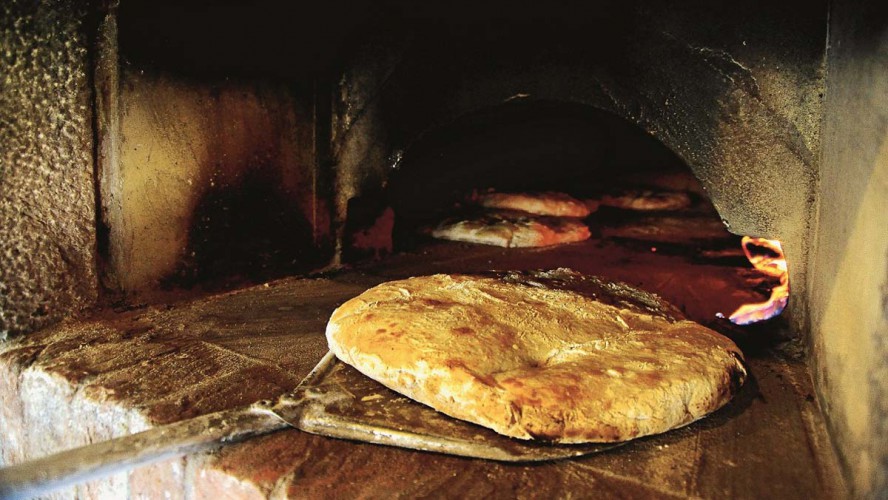 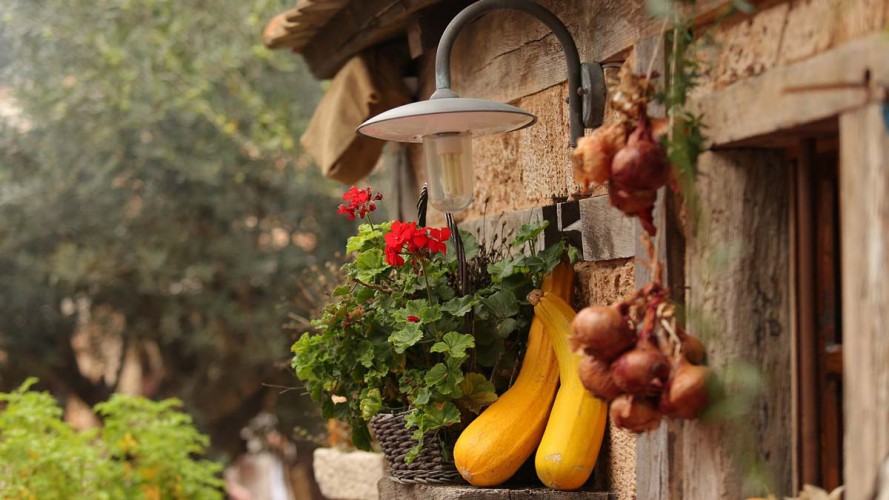 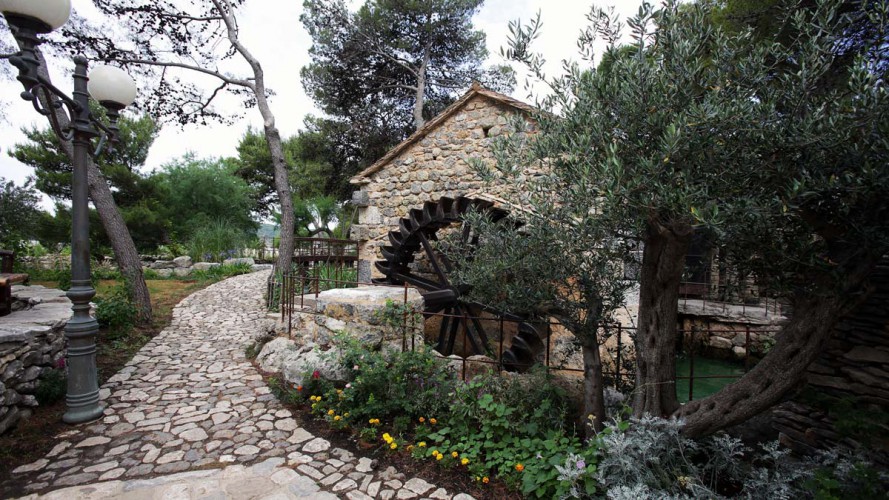 Driving by car from Vodice to this place lasts 25 minutes

For all online bookings made before 01.05.2016 and longer rental apartment period we granted a special discount.